A Few Stories of My Grandma 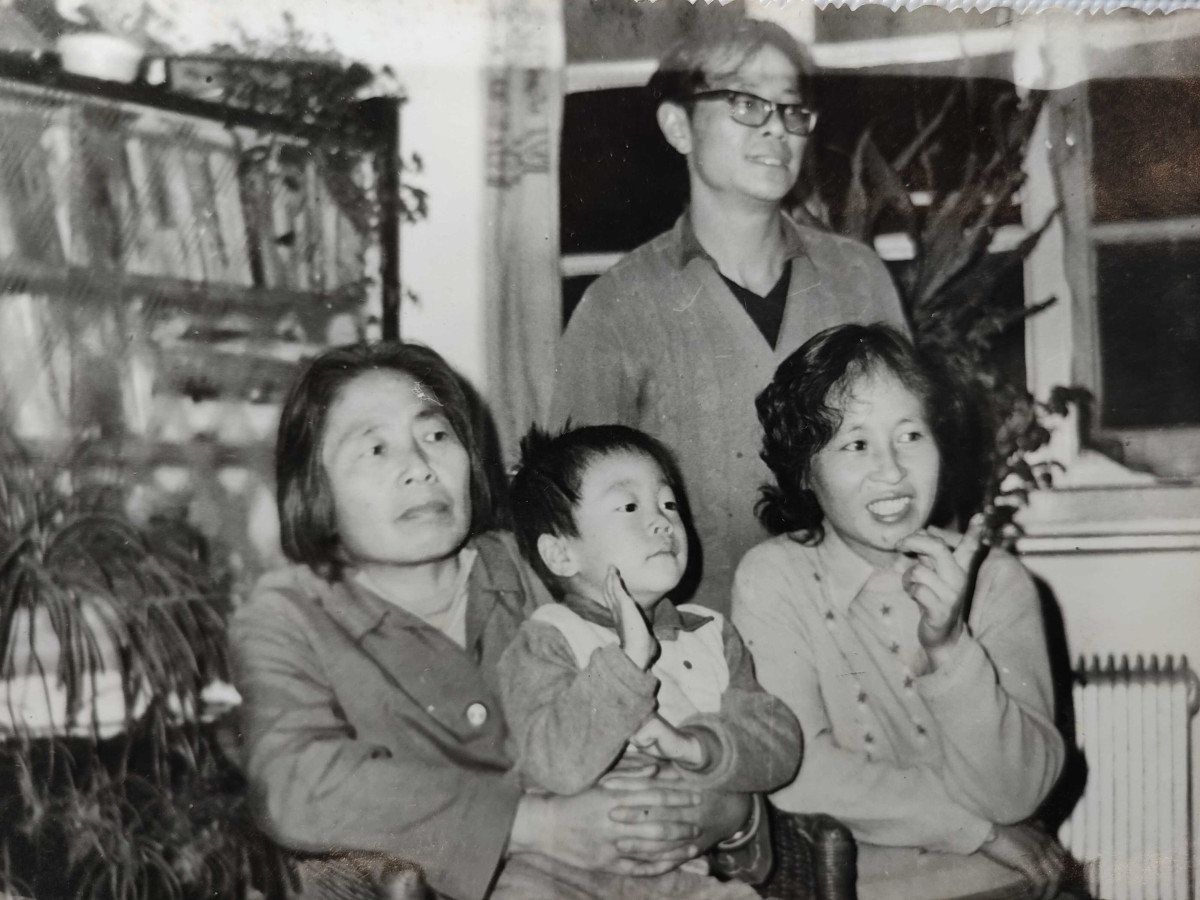 Grandma, Me and My Parents

A Night of Stories

To be honest, while she had always been an extremely kind grandma to me, I hardly learned anything about her while I grew up. While I was a college student, my grandpa died and grandma moved to the US, and we had very few chances to meet again.

However, one night soon after the funeral of my grandpa, grandma and I sat a vigil together. While waiting for my grandpa's 👻 to come back home, she did tell me a few stories about herself. What follows is what she said that night.

She grew up during the years of the Sino-Japanese War (1937-1945) in a village near Langzhong (阆中县), a city located in the northern part of Sichuan province. Langzhong is far from the front line, but it was bombed by Japanese airplanes repeatedly. As a young girl, she saw the corpse of a farmer who was killed by an air raid lying motionless on a road. There was anger in her voice when she described the scene of the senseless murder.

One silver lining about the air raids for her is that one of Langzhong's middle schools was evacuated to her village. And the wife of a teacher, a well-educated lady, opened an elementary school in her village and my grandma had a chance to get educated. This perhaps changed her life more than anything else.

Later her father, being extraordinarily open-minded for his time, sent my grandma as well as her elder sister to a middle school in the city of Longzhong. Both of them did well and when they graduated, they found jobs as elementary school teachers. At this point, she had already achieved what was impossible for most women who lived at that time in China. But her journey to the wide world had just begun.

Marriage with My Grandpa

My grandpa was also from Langzhong. When he was a teenager, He ran away from a very comfortable home to join the red army of the Chinese Communist Party (CCP) to fight Japanese invaders. After surviving the Sino-Japanese war and the ensuing civil war ending with the CCP victorious, he went back to Langzhong and asked his sister, i.e., my grandaunt, to find him a fiancee. It happened that my grandaunt was a teacher and had had grandma as a student. So she suggested the marriage to grandma. Although grandma had never met grandpa, she said yes.

So my grandma and her mother travelled from Langzhong to Xi'an (西安), where my grandpa's army unit was stationed. Such a journey takes less than 3 hours today by high-speed trains. But at the time roads from Sichuan to Xi'an were very treacherous and it took my grandma days bus rides to get to her destiny.

To her surprise, my grandpa did not like her when they finally met and tried to break the engagement, for the reason that she was a bit too short to be his ideal wife. Grandma must be rather disappointed to have endured such an exhausting journey only to find her hope for a new life was smashed. But she put on a brave face and told my grandpa –

It's OK you don't want to marry me. But please help me find a job in Xi'an and I will take care of myself and my mom. Everybody at home knows that I am going to marry you, I cannot go back like this.

After more than two decades, I still remember her gentle yet courageous voice when she retold these words to me that night.

Maybe it was her attitude that impressed my grandpa, or maybe it was too much trouble to find another wife, they did get married and had a surprisingly long marriage of 53 years until my grandpa's death parted them.

After marrying my grandpa, grandma went to study at a medical school and became a doctor. At that time doctors with modern medical training, were very rare in China. So although she had never been trained as a surgeon, a colleague of hers tried to teach her to do a small surgery on a patient. But her were hands just too gentle to make an incision on the patient's skin, and she remained a physician until her retirement.

During the Korean war, some injured Chinese soldiers were sent to her hospital to be treated. One quadriplegic soldier was very bitter and verbally abused the doctors and nurses. "But he never shouted at me when it was my turn to take care of him." grandma said with pride in her voice, perhaps for being able to help people in need. This was the only time that I know of when my modest grandma boasted about something she did.

After grandma's funeral, I went to visit her youngest brother, who was too frail to attend her funeral. He told me –

I still remember when I was young, she bought me books and encouraged me to educate myself. Our generation had lived through some really hard times. But no matter how bad the circumstance is, your grandma had always tried to improve herself and her situation. I found that very impressive.

I don't believe in afterlives and reincarnations. Flesh and bones are all I know. But when I think of my grandma, I think it is true that she still lives on, not as a supernatural 👻, but in the form of memories and inspirations for us. And that is her legacy.